Are you wondering why Spanish can vary so much from region to region? Well, there are about 575 million people who speak Spanish around the world. Spanish as the official language in twenty countries, eighteen of which are in Latin America. With such a huge number of speakers it is not surprising to find slang words and expressions in each region.

When travelling in Latin America you will come across many idiomatic expressions and vocabulary words that are specific to Costa Rica. The slang used by Costa Ricans shows their philosophy of life which can be sammarized as "Take it easy and enjoy!".

We've compiled a list of the most commonly used Costa Rican slang words and expressions to help you talk like a native. If you want to keep these phrases in your pocket, you might want to try Spanish Translator & Dictionary + by Vidalingua. You can download it for free on your iPhone or Android.

Pura vida – life is good
It simply means "Pure life", but you will see that locals use it in many ways. Pura vida could stand for nice to meet you, thank you, see you later, you are welcome, as well as great! For instance, you may hear Pura vida as a reply to your kind goodbye. For example, if you say "Goodbye, Lucas", the response might be "Pura vida!" Or iv you say "Hi, my name is Ana" the response might also be "Pura vida, I am Lola".

Tico – Costa Rican
Tico is the short form for Costa Rican - a man. For women you will say Tica. This is a nice example of how ticos love diminutives and they tend to create them by adding -tico as a suffix. There are some nice expressions that show how popular the word Tico is. One would be "Mas tico que el gallo pinto", which means "More Costa Rican than rice and beans" (a delicious local recipe you will love).

A cachete - Cool
It is a term used to express that something is great. It could describe a wonderful beach where to practice surf or a great restaurant for eating gallo pinto.

Brete - Work
If a tico is talking about work, you will definitely hear the word brete. It means work, indeed, but they could also use it as a synonym of job or workplace. For example "Shall we go to the beach today? I cannot come, I have too much brete." Or, "I am looking for a brete near my home."

Mae - Dude
Walking down the street you will probably hear mae many times if you come across a group of young people. Meaning guy or dude, it is widely used among friends, but it can also simply mean man. For instance, "I met that mae some days ago". Or, "Mae, how are you doing?".

It can also refer to a woman, but that’s not so usual and it may have a pejorative meaning. Among men, it is also slightly pejorative. Ticos play with the term among friends, but when used with someone you don’t know it could be offensive.

Diay – Uhm
The people from Costa Rica use Diay when they are either confused, worried or in doubt (Uhm... could be a good sound to replace Diay). Also, diay could stand for What do you mean? or What happened? Sometimes you will hear the term as a linguistic filler, if they take a pause when talking. For example, "Do you think you will you meet her again? Diay, I don’t know."

Tuanis - Awesome
No matter if you are talking about a person, a place or an activity, tuanis is the Costa Rican for awesome, cool or nice. "You should meet John, he’s tuanis.", could be a good example.

Mejenga - Soccer game
It is the friendly term for soccer game. On evenings or during the weekend you will probably see friends playing a mejenga.

Guaro - Alcohol
If you learn the term guaro, you will also need to know the meaning of goma! Guaro refers to alcohol beverages made from sugar cane, like rum. It can be also a wide term meaning just alcohol drinks. But be aware that too much guaro will bring you a goma! - a hangover.

Tata - Dad
Kids from Costa Rica call their fathers tata. But the truth is that this warm nickname might be used by adults too.

¡Qué chiva! - Awesome!
This funny expression means awesome!, great! or how cool! If you want a tip to remember it, just keep in mind that chiva literally means goat - So, it would be "How goat!". How fun, isn’t it?

Looking for more words and expressions used in Latin American. Check out this article on Colorful Cuban Expressions. All these expressions and millions more are available for free on PhraseMates for iPhone and Android. 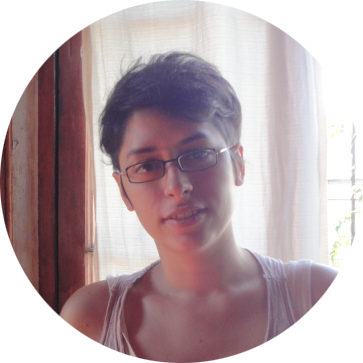