What are they and why are they Romantic? 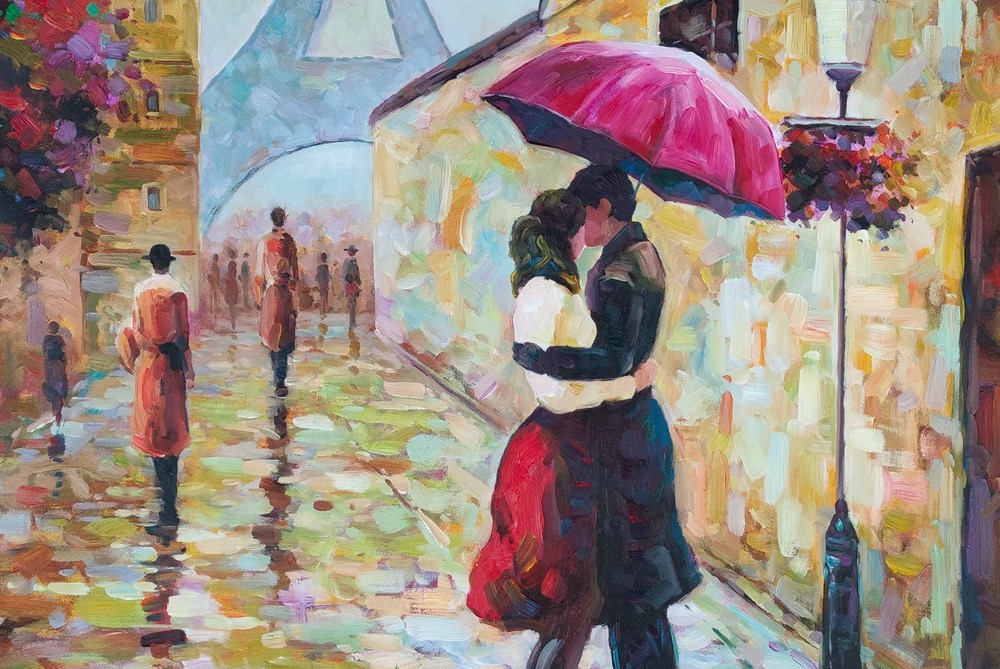 When you think of the word “romance”, what comes to mind? You might think of flowers, chocolate, or anything else related to wooing the object of your affection. So that must mean that Romance languages are, well, the most romantic languages or the languages of love, right?

Not exactly. They might often sound beautiful and exotic to non-native speakers, but that’s not where they got their name.

The Romance languages, simply put, are modern languages that have their roots in the language of the ancient Romans: Latin. More specifically, they evolved from Vulgar Latin, or the language of the common people. This is what Roman soldiers spoke during their conquests and travels throughout the European continent. As they interacted with other tribes and invaders, Vulgar Latin interacted with the languages of those peoples. As a result, this mixing of languages eventually morphed into what we know today as the Romance languages.

So what are the Romance languages? The main ones are French, Spanish, Italian, Portuguese, and Romanian. There are many more, but the exact number in existence today is up for debate. Widely spoken across Europe and both North and South America, these are some of the most popular languages for native English speakers to learn. So where did each one come from and how easy is it to learn?

French is one of the most popular Romance languages for learners and is typically known as “the language of love” because of its melodic intonations. Today, there are estimated to be over 400 million French speakers around the globe. The second most common language in Europe, it is spoken in France, Switzerland, and Belgium, as well as in Canada, many African countries, and some places in the Caribbean.

So how did French evolve from Vulgar Latin? In fact, French is considered to be the Romance language whose pronunciation has strayed the furthest from original Vulgar Latin. Julius Caesar first brought Latin to the Celts in Gaul during the Gallic Wars in the 1st century BCE. During his invasion and after his victory, Vulgar Latin interacted with the Gaulish language. A few centuries later, the Roman province in the area was invaded again by a Germanic tribe. By 812 CE, the language was so far removed from the original Vulgar Latin that Old French was born.

So how easy is it to learn French? For native English speakers, it’s fairly simple. Almost 50% of English vocabulary is derived directly from French. Ever spend time in the kitchen? Then you’re probably familiar with French words such as “sauté”, “bisque”, “charcuterie'', and many more. Even the word “hotel” comes from French.

What might be a bit more difficult at times is the pronunciation. French is known to be a very nasal language, and the “r” sound is almost swallowed, making it hard to formulate for people who aren’t used to it. Otherwise, the grammatical structure is pretty straightforward.

Spanish is the most common Romance language around the globe, so it’s a very useful one to learn. It is spoken by over 500 million people worldwide, which is perhaps why it is the most popular language to learn in the United States. Of course, Spanish is spoken in Spain, but there are actually more Spanish-speakers in Latin America than there are in Europe.

Vulgar Latin came to Spain in the 3rd century CE. Then, in the 8th century, Arabic was introduced by the Moors. Finally, in the 9th century, the Basques’ language interacted with this existing mix of Arabic and Latin, and Spanish as we know it became standardized just a few centuries later.

Spanish is a popular language to learn not only because of its prominence across the globe, but also because it’s a fairly easy language for English speakers to study. In fact, it takes the average native English speaker up to 24 weeks of study to become proficient in Spanish.

Why is that? Well, about 75% of Spanish vocabulary is derived from Latin, and it is largely a phonetic language. This means that words are spelled how they sound, making it easy for learners to sound words out without having to guess whether the sounds of the letters or the stress of the words are changing.

In any list mentioning Spanish, it’s important to at least acknowledge its close cousin Catalan. Spoken mainly in smaller parts of Spain such as Valencia, Catalonia, and other places like Andorra, the Catalan language might be similar to Spanish, but is recognized as its own distinct language.

The area of Catalonia spoke Vulgar Latin at one point, just as the rest of Spain did, but became its own language after the heavy influence of the southern Gauls in the 8th century. The language had differentiated so much as a result of this influence that it was officially made its own by the 10th century.

Catalan is not as popular of a language to learn as Spanish, simply because of the much smaller number of people who speak it. Catalan is spoken by just over 9 million people worldwide in those isolated areas, so it is considered much more useful to learn Spanish.

Italian is perhaps the Romance language that is closest to its Latin predecessor in both pronunciation and vocabulary. Spoken by over 80 million people worldwide, Italian is also closely related to each of the other Romance languages, making it fairly easy to learn and transfer skills from one to the other. Outside of Italy, it is also considered an official language in San Marino and in Switzerland.

So how did we get Italian from Vulgar Latin, considering the Romans didn’t really have to travel to produce this new language? It formed from simplification of Vulgar Latin throughout the Italian peninsula. Of course, there were different dialects throughout the area, but the one that became standardized in writing was in Tuscany during the 12th and 13th centuries. Eventually, the spoken version of this Tuscan dialect was made official in the 1800s.

Italian is also fairly simple for English speakers to learn, as it only has 21 letters in the alphabet. The letters “j”, “w”, “x”, “y”, “k” don’t exist at all in Italian, making spelling and pronunciation much easier for non-native speakers to learn. Once you familiarize yourself with this shortened alphabet, learn the vocab (much of which is similar to English, by the way), and master the grammatical structure, you’ll be proficient in no time.

Italian is also considered to be the most melodic of the Romance languages, contributing to its popularity among native English speakers.

Over 200 million people speak Portuguese worldwide, with Brazil boasting even more Portuguese speakers than Portugal itself. Portuguese is quite similar to Spanish in its vocabulary and pronunciation, making it easy to transfer knowledge from one to the other.

When the Romans conquered the Iberian peninsula in the 3rd century, Vulgar Latin nearly obliterated the local language. However, some Celts living in the area managed to preserve parts of their language and mix it with Latin. After the fall of the Romans, Germanic tribes invaded and influenced the language in their own right. And finally, Arabic was introduced by the Moors.

Over time, the local language evolved into Galician-Portuguese until Galicia became a part of Spain. Shortly after, the linguistic differences between Galicia and Portugal were considered large enough for Old Portuguese as its own language to be born.

The Portuguese language isn’t necessarily difficult to learn, especially if you’re transferring skills and knowledge from learning another of these Romance languages. It is especially similar to Spanish, given its proximity to Spain as well as the shared influences of the Moors.

However, it is constantly evolving and it can sometimes be difficult to keep up. In 2009, the letters “k”, “w”, and “y” were officially added to the Portuguese alphabet. With regular study, though, you should be proficient in no time.

Romanian is spoken by over 30 million people worldwide, making it the least prominent Romance language on this list. Romanian is also thought to be the Romance language which traveled the furthest from Vulgar Latin in terms of vocabulary. However, it’s interesting to note that Romanian has preserved more aspects of Classical Latin grammar than any other Romance language. Romania and Moldova are also the only countries in Eastern Europe that speak a Romance language, so it tends to be skipped over as a result of its location.

So how did a Romance language end up all the way over in Eastern Europe? It is thought that the Dacians who lived in present-day Romania spoke their own language. When the ever power-hungry Roman soldiers went to war with the Dacian king and won, many people from the Roman province of Dacia enlisted in the army and learned Latin. When they went back to settle in Dacia, they brought Latin home to their families and thus the language spread. Other influences on the Romanian language come from Slavic immigrants in the later centuries.

Romanian is also considered easy for native English speakers to learn. Romanian, like Spanish, is a phonetic language, meaning it’s easy to pronounce the words correctly as you read them. You’ll need to spend some extra time learning the vocabulary, though, as it is the most far removed from the other Romance languages.

Another thing to watch out for while you’re studying is the diacritics. Romania has 5 letters in its alphabet that don’t exist in English, so pay special attention to learn the spelling and the sounds of these unfamiliar characters.

There you have it: the most prominent Romance languages in the world. All are fairly easy for native English speakers to learn, but each one presents its own unique challenges and history to go along with it. These melodic languages are fun to study and rewarding to master, opening the door to far corners of the world for people who speak them.

If you want to get started now, download Lingidy for free on your iPhone or iPad and find out why over 15 million people have used Vidalingua apps to learn languages fast and have fun doing it. 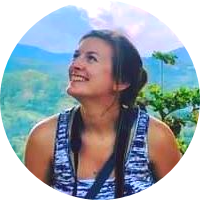 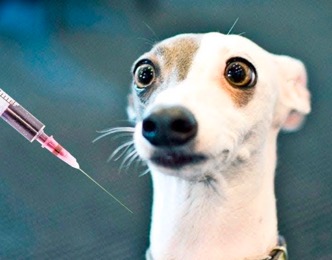 When abroad, it can be reassuring to know the main French medical vocabulary, just in case. Read this article and you will! 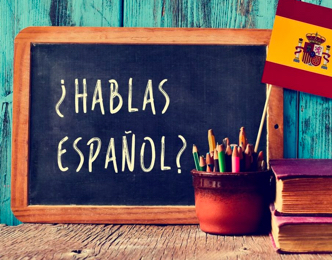 Content of lessons, the length of the course, and the price can be important variables in deciding which Online Spanish Course is right for you. 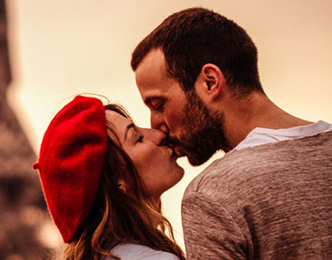 You might know how to say 'I love you' in French, but do you know the meaning of 'un baiser' or 'un coup de foudre'?

Have you written an article that we should feature in the section above? Email info@vidalingua.com with a link to your article and an explanation of why it would interest our readers.