French Numbers to Count from 1 to 100 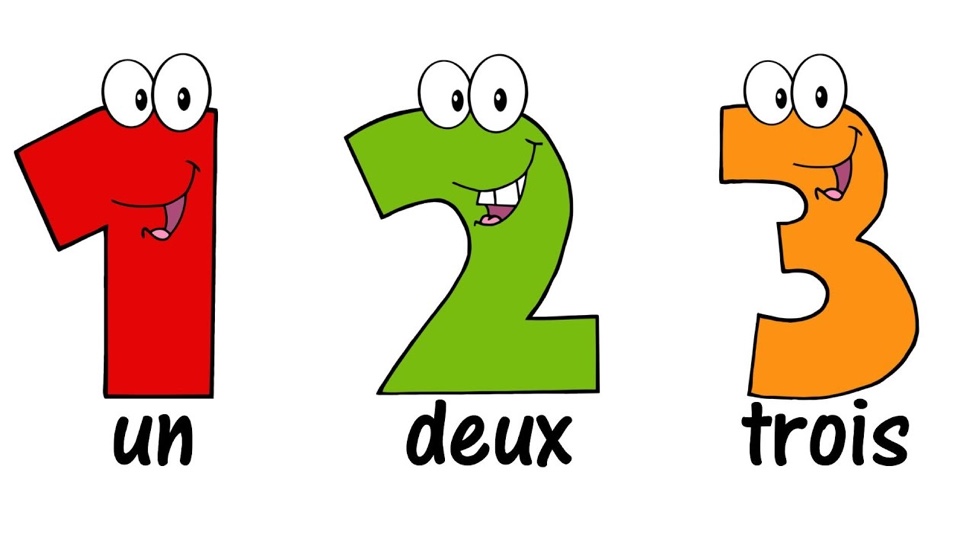 You might think that some French numbers look quite weird. And we all could agree on this! But historically, the French counting system developed in the same way as many other languages. The big difference is that this system has been maintained in France while other countries abandoned it a long time ago.

Before we start learning French numbers, let's set the scene. It will help you understand their construction and memorize them more easily. First of all, keep in mind that French is a Latin language, i.e. the language spoken by the Romans in ancient times. The Romans used a decimal numeral system i.e. based on 10. But France has also been inhabited by, among others, the Gauls, the Normans and the Celts. And just for your information, the Celts used a vigesimal numeral system i.e. based on 20. You will understand later why all of these origins are important in learning French numbers.

Another key point you should keep in mind when writing French numbers is the place of dashes. Some say that there should be a dash between each number (123: cent-vingt-trois), others say there should not be any (123: cent vingt trois). Others suggest there should only be one for numbers below 100 (123: cent vingt-trois) like in English. So what's the rule? Keep it simple, put a dash between each number, always! This is what the 1990 reform governing the new French number spelling recommends.

We've compiled a list of the most important numbers to help you count in French. If you want to keep these numbers in your pocket, you might want to try French Translator & Dictionary + by downloading it for free on your iPhone & iPad or your Android device. 📲

Let's start with the numerals we need to build French numbers:

So far, so good! Let's continue with 2-digit numbers:

Now, let's see the tens. Some of these French numbers look rather complicated...

We can clearly see that, in France, French numbers get a bit weird from 70 onwards. Remember the various origins? The most likely explanation is that soixante-dix, quatre-vingts and quatre-vingt-dix come from the Celts who counted by 20s. Nobody knows exactly the reason why these terms appeared in the 17th century. At that time, the French Academy rejected the words septante, octante, huitante and nonante, which had been dominant until then.

Once you get the pattern, it's pretty simple. I.e. you add the unit after the ten and it's the same for all the other tens:

Same with QUARANTE, CINQUANTE and SOIXANTE.

So what happens from 69 on? As you will see, it's not very different from what we've just seen here above. You don't add the unit but the 2-digit number:

71 - SOIXANTE-ET-ONZE (As above, add 'et' between the ten and the unit but for this one only)

For the French number QUATRE-VINGTS (eighty), things are a bit more tricky: you decline it as all other tens, except for SOIXANTE-DIX (seventy) and QUATRE-VINGT-DIX (ninety), but without adding 'et' between the ten and the unit and forgetting the 's' at the end of VINGT. You're with me? 😉

90 - QUATRE-VINGT-DIX is built the same way as QUATRE-VINGTS (eighty) but adding the 2-digit numbers as for SOIXANTE-DIX (seventy):

Bear in mind that VINGT (twenty) only agrees when it is multiplied by a number without being followed by another number: QUATRE-VINGTS (eighty) but QUATRE-VINGT-DEUX (eighty-two).
The rule is the same with the French number CENT (hundred) i.e. DEUX-CENTS (two hundred) but DEUX-CENT-UN (two hundred and one). And while MILLE (thousand) is invariable, MILLION (million) and MILLIARD (billion) always agree:

If you've written an article about learning French, don't hesitate to email us at outreach@vidalingua.com to let us know.

Looking for an app offering lessons with interactive exercises to improve your French in a fun way? Download Learn French + for free on your iPhone or iPad.