3 Destinations you may have Overlooked for a Trip to Spain

Spain is a country that can be found on most people’s bucket lists - where else can you find the majestic architecture of Barcelona’s La Sagrada Familia; the sun-soaked promenades near Fuerteventura’s beaches; or the museums of Sevilla and mosaics of Plaza de España?

In fact, Spain gets over 80 million tourists a year, with many heading to these popular attractions. But what about the hidden gems of Spain? There are thousands of overlooked destinations in Spain - and we’re here to help you plan a trip and see some of these amazing off the beaten path spots!

P.S. - There’s no better way to enjoy a country than speaking with the locals. Make new friends, get around easily, and feel more confident with an app like Spanish Translator +, available for both iPhone and Android.

Situated on the southern coast of Spain, the province of Malaga has so many things to see that we had to put the entire province as a destination! You can spend a few days (or a few weeks) exploring the charming towns and cities. As a bonus, it’s one of the most colorful provinces in Spain (but more on that later!).

Start your trip in the capital of the province, which is also conveniently named Malaga. Since the city is known for its sea life, enjoy a walk through Puerto de Málaga and dine on locally-caught seafood at one of the many beachside cafes. From there, gawk at the magnificent architecture of the Alcazaba before taking a taxi to the 25,000-meter La Concepión Botanic Garden, which is a feast for the eyes by itself. Finish off your day with a visit to the Pablo Picasso Museum in the afternoon - this famous artist was born in Malaga!

If you’re ready to escape the bustling metropolis of Malaga, head over to the bespoke resort town of Estepona. Take a stroll along the cobblestone streets in the historical center, leisurely shop at one of the any boutique stores, or enjoy a glass of wine overlooking the ocean.

Looking for more day trips from Malaga? Here are a few to get you started:

What happens when you take Jewish, Muslim, and Moorish influences and put them together? One of the most beautiful UNESCO World Heritage Sites in Spain, better known as the Alhambra!

This palace and fortress complex was built in the 900’s and can still be seen more than a thousand years later. The Alhambra is an easy day trip from nearby cities like Seville, Cordoba, Malaga, and travelers can spend a whole day exploring the fortress. Some can’t miss spots include the Court of the Lions, the gardens and courts of Generalife, and the largest room in the complex called Hall of the Ambassadors (don’t forget to look up at the gorgeously detailed ceiling!).

Can’t get enough of colorful and cozy towns? Head over to Spain’s northeastern Catalonia region, where you’ll find the city of Girona. Situated on the River Onyar, Girona looks like the Spanish version of Venice.

After exploring the center, walk across the Eiffel Bridge for some of the best views of the colorful houses. If you feel like you’ve heard that name before, you’re right: Gustave Eiffel built this bridge right before he started his most famous project, the Eiffel Tower!

Afterwards, explore the grand hall of the Arab Baths; walk through the small streets and courtyards of the Jewish Quarter (Call Jueu); and lively pedestrian streets like Rambla de la Llibertat.


If you’re a film buff or TV fan, we recommend spending an extra day in Girona to explore all of the locations that were used for shooting movies and television series. Game of Thrones fans will be happy to find many scenes from Season 6 here, such as the Bisbe Cartaña, Girona Cathedral, and the Sant Pere Galligants.

Based in Girona? There are plenty of fantastic day trips that you can take - some popular spots include Dali’s House in Port Lligat; the medieval town of Besalu; or hiking through Garrotxa Volcanic Zone Natural Park.

We hope you’re excited to take a trip to Spain! There are thousands of different villages, cities, and attractions to see in this huge country, and we hope that we’ve given you just a few ideas for your travels. Buen viaje and see you in the next blog post!

Have you written an article about travel or language that you think we should link to? Email outreach@vidalingua.com to let us know.

Looking for an app with comprehensive reference tools like a dictionary, translator and verb conjugator? Download Learn Spanish + for free on your iPhone or iPad. 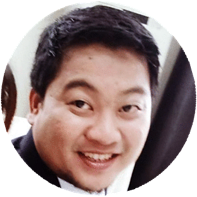