Studying abroad is an unforgettable part of many students’ experiences in higher education. From immersing yourself in a new culture, meeting new friends, putting yourself outside of your comfort zone and learning a new language, choosing to pursue part or all of your studies in a new country is the best way to broaden your horizons. Furthermore, studying abroad gives you invaluable international experience that is becoming increasingly important when pursuing your professional goals.

Experiencing a foreign culture through education is an exciting prospect, but besides the all important considerations of tuition fees, housing, transferring qualifications and living costs, the language in your new home will play a central role in how you well you’ll be able to communicate upon arrival and during your stay.

According to a recent survey from educations.com, language learning is one of the key factors students consider when choosing where to study abroad. Of the 33,000 students who participated in the survey, 31% reported that learning a new language was their top reason for making the move abroad. Of those students, almost one-fifth were going abroad specifically to learn a new language.

Whether you’re looking to déclarer ta flamme under the Eiffel Tower, or ser un ratón de biblioteca at your chosen university, taking on the challenge of learning a new language is a skill you’ll carry with you for the rest of your life.

Get Immersed in Cultural Competence

Languages don’t exist or develop in isolation, and by studying a language abroad you’ll also be learning and immersing yourself in a new culture. Language and culture play off one another intimately, and when you open your mind to considering lifestyles different than that in your home country, you’ll be inadvertently learning your new language on a deeper level.

A great example of how language is influenced by its surroundings is French. French is often referred to as the language of love, and a rich vocabulary of love-related vocabulary has developed that will surely impress your French date! Argot (slang) is also widely used by young people and students in French-speaking countries, and by learning some key slang words specific to France or Canada, you’ll gain a deeper understanding of how French can be applied in the countries where it’s spoken.

Now that you know the many benefits of learning a new language, it’s time to choose where you’re going to study! Based on the survey, we’ve compiled six popular languages for students to study abroad.

*The list is based on the percentage of students in the survey who want to study in a country where the particular language is spoken by the majority of the population.

23% of students who responded to the survey reported that they chose a country where English is the primary language. Mandarin Chinese and Spanish both outrank English in terms of total number of native speakers, but English jumps back to the top of the list as the world’s most spoken language with native and non-native speakers combined. An official language in 55 countries, English continues to grow as the language of business and communications. Knowing some English can be helpful as a common language between friends, and is a widely prized language in international firms.

Spanish is one of the most popular languages in the world, and native Spanish speakers can be found across the Americas, Europe, and Asia. Spanish consistently ranks as one of the easiest languages for English-speakers to pick up, and may be a natural stepping stone if you’re looking for a widely used and sought after language. Like in French, learning some Spanish slang will help you blend in with native speakers in Europe and the Americas. With such a global reach, learning Spanish can open travel, study and professional doors the world over!

Home to IKEA, meatballs, ABBA and some of the world’s most stunning views of the Northern Lights, Sweden is one of the largest countries in Europe with one of the lowest population densities. While Swedish isn’t often the first language that comes to mind for students hoping to learn a new language, Sweden is well-known for its transparent democracy, high living standards, and well-protected workers rights all make Sweden a highly-desirable destination for living and studying. Learning Swedish will show Swedes your dedication to better understanding their language and culture, despite Swedes’ reputation for excellent English.

Many English speakers see German as an intimidating choice when choosing a language to learn. Despite its nefariously tricky grammar and endless lists of compound words, learning German isn’t nearly as hard as many people think given its shared roots with English. Adding German to your linguistic roster is certainly worth it. Germany is Europe’s largest economy, (and fourth largest in the world), the United States’ largest trading partner, and German is the most widely spoken language in the EU. If you have aspirations for a career in business, learning German is a surefire way to make your resume pop for any potential employer who does business with or operates out Germany.

Italy is a country full of historical and cultural landmarks, and is home to the most UNESCO heritage sites in the world. Italian is one of the world’s most studies languages, and learning Italian is the best way to get a full Italian experience while studying abroad. Italy is deeply rooted in traditions, and by learning some Italian you’ll be able to communicate with locals to get a better grasp of how to navigate this exciting country’s arts, culture, and heritage.

French is the fifth most spoken language in the world, and an official language in 32 countries. Besides English, French is one of the only languages taught in every country in the world, either as a foreign language or as part of the education system, and 16% of the world’s population is considered francophone by the International Organization for Francophonie. Given its popularity, your options for studying French abroad are extremely varied including countries like France, Monaco, Canada and many others. If you’re looking to work in international relations or global politics, French is a perfect language to learn, being a working language of the U.N., UNESCO, NATO and many other international governance and business organizations. 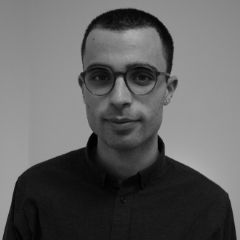 Max Maccarone is a content editor for the higher education portal educations.com and professional development search engine findcourses.co.uk. Originally from Canada, Max relocated to Stockholm after graduating from York University in Toronto. An avid traveller, Max is dedicated to creating diverse and engaging content for a wide-range of publications.