10 German Swear Words and Insults you Really Should Know 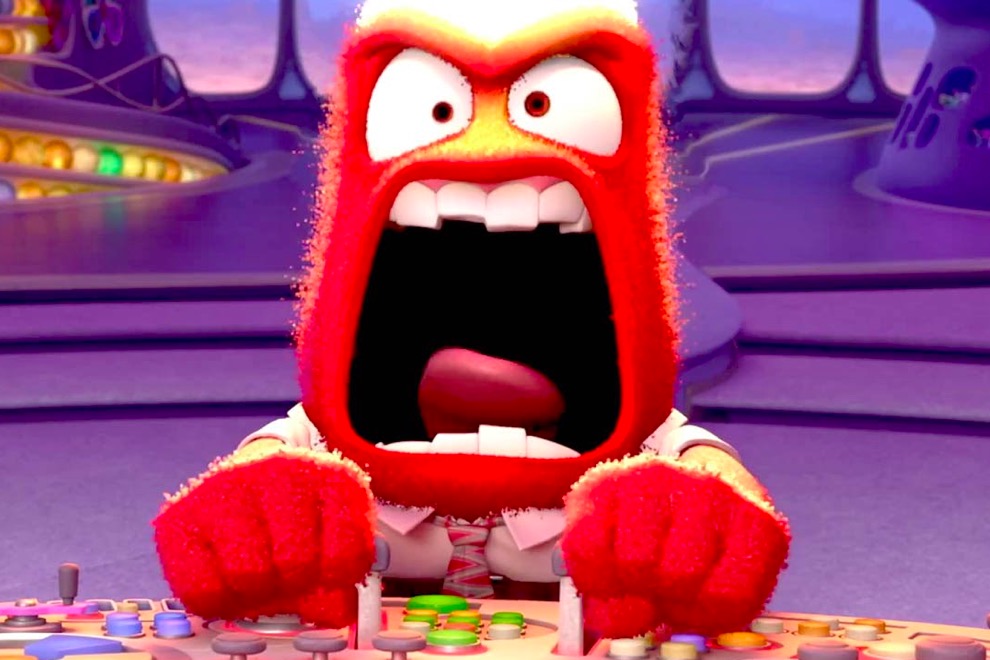 While bad words are used naturally in conversation among native German speakers, there’s likely no chapter in a conventional textbook that covers cursing and swear words. Even if you don’t often curse in your native language, being able to understand profanities in German is useful, both because it enables you to gauge situations in a foreign context and because it empowers you to express your full range of negative emotions, from disappointed to furious.

Many of the popular expletives and insults listed below are mild, although some have alternatives that rank higher in vulgarity. As is common in German, many words can be used as prefixes, which in the case of German curses create more severe swears. Make sure you read each swear’s description carefully to know when to use each variation.

When you start cursing in German, also beware of your company and surroundings. It’s important to read the room, take into consideration your audience’s ages, and listen carefully to native speakers’ usage before trying these words out for yourself. Although German TV doesn’t censor bad words, in real life cursing is still inappropriate in some areas of Germany, namely the Bavarian Catholic areas. So, always pay attention to native speakers’ cues and keep in mind the hierarchy of vulgarity.

Now let’s take a look at these 10 German swears and insults that will be useful when you want to express your anger and frustration like a native German speaker! You can keep these German swear words in your pocket in case you encounter a sketchy situation. Simply download German Translator Dictionary + for free from the App Store 📲  or Google Play.

Let’s dive into these 10 German idioms that will come in handy when you want to express your thoughts and feelings like a native German speaker!

/ˈkvatʃ/
This curse word stems from the verb quatschen, which means “to chat.” It’s one of the most commonly used terms when expressing disbelief or anger. Despite there not being a literal equivalent in English, in essence it means “Nonsense!” or “Bullcrap!” It’s the perfect word to vocalize when you don’t believe something someone is saying, for example Quatsch! Nichts von dem, was du sagst, ist wahr, which means “Nonsense! None of what you’re saying is true.” Another stronger variation would be Blödsinn, which means “bullshit.”

/ˌdɔnɐ'vɛtɐ/
This epithet is very mild, and its literal translation is “thunderstorm.” However, when exclaimed, it can also express a simple acknowledgement, surprise or even anger, depending on the tone of voice. In the case of, Donnerwetter, diesen Monat habe ich $100 gespart!, it’s simply an interjection expressing delight, meaning “Wow, I saved $100 this month!” However, Zum Donnerwetter! uttered loudly is more similar to “God damn!”

/dɛp/
If you think someone is being a fool or a moron, you can refer to him or her as Depp. In English, the literal translation would be “douchebag,” but it covers a wide range of insults from “jackass” to “dipshit.” It can also be used playfully among friends, if someone’s behavior is annoying, as Hör auf so Depp zu sein!, meaning “Stop being such an idiot.”

/fɛɐ̯ˈdamt/
This German adjective finds its way into any sentence when someone is furious. Verdammt means “damned” or “bloody” and it fits into a variety of settings. When you’re angry at something specific, you can add it before any noun in a sentence. For instance, if you couldn’t sleep because your neighbor’s dog barked all night, you could say Der verdammte Hund hat wieder die ganze Nacht gebellt. When you just want to cuss to express overall frustration, you can also yell Verdammt!, Verdammt noch mal!, Verdammter Mist!, listed in increasing order of anger. Verdammt can also be used to express delight, and in this case it’d translate most closely to “fucking,” as in Die Burger sind verdammt lecker!, meaning “The burgers are fucking delicious!”

/ˈʃaɪ̯sə/
This German word literally translates to “shit,” “crap,” or “damn” and is the most commonly used German swear word. When exclaimed alone, the closest English translation would be “Damn!” or “Damn it!” Its use is so ubiquitous, that it’s even common to hear children uttering it amongst their friends. Scheiße, or misspelled as shiza, can be exclaimed in numerous situations, from when you stub a toe to when you miss the bus.

It’s also quite versatile, as you can use it as a replacement for the adjective “stupid” or to express that something sucks. When you’re complaining about Germans’ abhorrence at jaywalking, even when there are no cars in sight, you could complain about their “stupid rules” by muttering, Diese scheiß Regeln. To say "This board game really sucks," you could say Dieses Brettspiel ist echt Scheiße.

Scheiß- is also a useful prefix, when you mean to say something is awful, or damned. For instance, when a German complains Boar, ist das eine Scheisshitze!, it means that the heat is unbearable, as "Such hot weather!"

Scheiße can also be combined with other words, so you can expand your cursing vocabulary – Klugscheißer, is used to refer to someone who is a know-it-all and Scheißkerl, which means “shithead” or “son-of-a-bitch.”

Other useful expressions with the word Scheiß include: Das ist mir (doch) scheißegal!, meaning “I don't (really) give a damn (about that)!”; Du scheißt mich an!, which in English means “You're shitting me!”

/halt 'daɪ̯nən mʊnt/
This German expression literally translates to “Shut your mouth.” It’s not necessarily a swear word, but it’s a good sentence to know when you are a student in a crowded library during finals week. Feel free to use it when you need to enforce silence as you write your papers. You can also use the more pejorative variations, including Halt die Klappe!, Halt’s Maul!, Halt die Schnauze!, and Halt die Fresse! These refer to the mouth as the “trap” or the “snout,” so in addition to telling someone to be quiet, you’re also adding insult to injury by implying that they are less than human. The English equivalent for these would be “Shut the fuck up.”

/deːr 'mɪst/
Literally translated, this German word means “dung,” “manure,” or “rubbish/nonsense.” It’s quite mild when you use it alone, as Mist! If the situation requires more indignation, you can take it up a notch by saying So ein Misthaufen!, which translates to “What a pile of crap!” You might hear Ich habe Mist gebaut, which is used in the sense of “I messed up big-time, I fucked up.”

Although on the less offensive end of cusses, when used as a prefix, Mist- it can make up very aggressive slurs. Der Mistkerl translates to “dirty swine” or “bastard,” while das Miststück means “bastard” or “bitch.” Proceed with caution when calling these out, as they are very insulting.

/lɛk mɪç am aʀʃ/
Literally translated, this German expletive says “Lick me on the ass.” This is by no means a literal command. Instead, it stands for “Kiss my ass,” “Bite me” or “Screw off!” It can also be shortened to Leck mich!, which is enough to get the angry message across. If your audience is more sensitive, you might want to use the PG-rated version of this expression by substituting Arsch for Hintern, which means “butt,” as in Leck mich am Hintern!

The word Arsch, meaning ass, is often used in German curse words, like Arschgeige, which is a mild insult meaning “idiot,” Arschkriecher, which means “ass kisser,” and Arschloch, which means “asshole.” Other usages include: am Arsch der Welt, meaning “in the middle of nowhere”; den Arsch in Bewegung setzen, which is “to get one’s ass moving”; and Das geht mir am Arsch vorbei, which means ”I don't give a shit.”

/'ɡeː 'tsʊm 'tɔɪ̯fl̩!/
Der Teufel, a.k.a. the devil, refers to the punitive character from Christianity and any German expression featuring him indicates discontent. The devil is often conjured in German when you want to express a vehement desire to be left alone. It works well when you want to be rid of someone’s presence, as you can say any of these variations: Geh zum Teufel!, Hol dich der Teufel!, Scher dich zum Teufel!, Fahr zur Hölle!, all meaning “Go to hell!” In addition to redirecting unwelcome company to the purgatory, the devil is mentioned in other German expressions to express indignation and frustration. A concise Zum Teufel! means “Dammit!”, while Der Teufel wird los sein foresees that “shit is going to hit the fan.” Upon encountering an undesired situation caused by an unknown culprit, one might also ask Wer zum Teufel hat das gemacht?, meaning “Who the hell did that?” In case you don’t want to evoke the devil, but still want to get rid of someone, you can also say Verpiss dich!, meaning “Piss off!”

/diː Zaʊ̯/ /das ʃvaɪ̯n/
Simply put, die Sau literally translates to “sow” or “swine.” Understandably, no one likes being called a farm animal, especially in Germany, where calling someone a Sau actually means “bitch” or “bastard.” For even more aggressive name-calling, alte Landsau can be used, which means “stupid old bitch” or “dumb bastard of the pig,” or Drecksau for “shithead.” When used as a prefix, Sau- conveys the idea of “lousy,” as in die Sauarbeit (lousy work) or das Sauwetter (lousy weather).

While die Sau is already very offensive, das Schwein is one of the worst German insults. Literally translated, it means an innocuous “swine” or “pig.” However, the figurative meaning is a despise-loaded “bastard” or “son of a bitch.” Never use this word or its compounds, which are der Schweinehund / der Schweinekerl (bastard) and die Schweinerei (indecent act, dirt, filth).

Practice swearing in German, whether alone or in the company of your close friends, and begin to express yourself more and more like a native German speaker!

Have you written an article we should link to? Email outreach@vidalingua.com to let us know why.

Looking for an app with interactive exercises to learn German? Download Learn German + for free in the App Store. 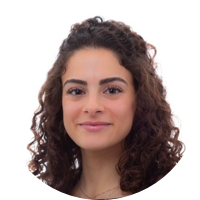